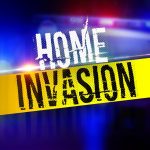 The OPP in Lambton County are appealing to the public to help solve a terrifying home invasion from last July – 2020.

At about 1:00 am on July 8th two men entered a home on Lazy Lane in Lambton Shores.  Once inside, the men committed a robbery and fled the scene shortly after.

Lazy Lane is a quiet, rural, cul de sac that runs along the Ausable River, not far from Thedford and Port Franks, ON

Like all residents of Lambton Shores, the people living on this quiet street are not accustomed to criminal activity in their neighbourhood and certainly not something as serious as a home invasion/robbery.

The OPP continue to actively investigate this crime and they have released descriptions of the two suspects.

The first suspect is described as a white man, about 6 foot 1, with a medium or average build.  He had blonde hair with dyed lime green bangs to his eyebrow, green or hazel eyes, and he was wearing a black hoodie, and black shoes that could possibly be Sketchers.

The second suspect is a brown skinned man, between 5’6 and 5’7, and he spoke with an accent, possibly Middle Eastern or Portuguese.  He has tattoos down his left arm, and was wearing a black hoodie, black shoes, and a cap style hat.

If you have any information that may assist the police in this investigation, call Crime Stoppers at 1-800-222-TIPS(8477) or submit a tip online at www.p3tips.com