“B.J.”, as he was fondly known as by family and friends, died after being stabbed at “The Border Club” on Christina Street in Sarnia.   He enjoyed fishing, was an athlete, especially good at hockey, and attended elementary school in Corunna and high school at S.C.I.T.S and in Wallaceburg.

At the time of this murder, the establishment was closing and hundreds of people were leaving on foot and in cars.  A fight broke out on the east side of the building.  There was a verbal exchanged between two males in the area.  This evolved into to a physical confrontation and quickly escalated to the point of weapons being produced.  The weapons included a bottle, belts and ultimately a knife that entered the chest of Mr. Raymond, killing him.

The time frame of this horrific altercation occurred after 2:15 AM.  “B.J.” left the bar and, after buying a hotdog from a vendor in the lot, observed the fight.  He recognized his friends amongst the melee, realized they were outnumbered and immediately went to their aid.   Minutes later he was on the ground after being stabbed.  Efforts to revive him on scene were unsuccessful.

Sarnia Police recovered the weapon believed to have been used.  An extensive investigation was launched.  Several hundred statements were taken from the numerous patrons who were in attendance that night from all over Lambton County as well as those from United States.

Many attendees that night were students home for the holidays from colleges and universities.  Today, many of those attendees are in their late thirties or early forties, many married with their own children.   Were you there?  Did you see the fight?  Do you have information that could help Sarnia Police solve this homicide?  Please help bring B.J.’s family the justice and closure they deserve.

If you have any information, please call Sarnia Lambton Crime Stoppers at 1-888-222-TIPS (8477) or go on line at www.p3tips.com.  You will remain anonymous and you could be eligible for a cash reward.  Someone out there knows something about this.  It is time to come forward with your information. 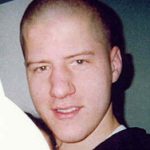