Today marks the 32nd anniversary of the unsolved homicide of local real estate agent, Morag Davies. Her lifeless body was found in the bedroom of her Retlaw Drive home. Ms. Davies died as a result of multiple stab wounds. The murder weapon has never been recovered.

This murder remains unsolved, but police are convinced someone out there has information that could lead to the identification of the person or persons responsible for the murder of Morag Davies.

A 1 Security Systems Crime of the Week -Brazen Bike Bandit

On August 14, 2020 at approximately 12:45 PM, the victim attended at business in the area of London Road and Pontiac Drive. He parked his vehicle, leaving his family inside the vehicle. Attached to the vehicle was a bike rack and on the bike rack was a black red and white Focus Cayo Road Bike.

The brazen thief quickly removed the bike from the rack and pedaled away. The bike is valued at $4,000.00.

Sarnia Police continue to investigate this crime, looking to obtain video in the area.

Sometime over the weekend of July 25-26th, unknown suspects broke into a business on Plank Rd in Sarnia and stole two Harley Davidson motorcycles. The business owner noticed the break-in early Monday morning on July 27th.

Suspects had cut the lock on the compound gate before eventually breaking into the building on the premises. Once inside, the suspects stole a motorcycle frame, a number of catalytic converters that had previously been removed from other vehicles and the following two Harley Davidson motorcycles.

The first bike was a black 1990 Harley Davidson, model FLHP. The brand of the engine is an ‘Ultima’ and the bike had fiberglass saddle bags on it.

The second bike was a black 2005 Harley Davidson sportster.

If you have any information on who may be responsible for this break and enter or if you know how the police can recover any of the items or motorcycles stolen in this incident, you can call Crime Stoppers at 1-800-222 TIPS(8477) anytime or you can submit your tip online at www.p3tips.com or download the P3 Tips App… either way, you’ll remain anonymous and you may be eligible for a reward of up to $2,000.00

Make the call that pays!! 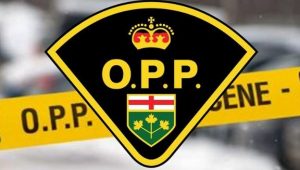 The Ontario Provincial Police said the body of 29 year old David Jordan OLIVER of Kettle and Stony Point First Nation was discovered at around 1:15 p.m. on Sunday, August 2nd when Lambton OPP officers, the West Region Emergency Response Team and OPP canine unit were assisting Anishinabek police with a search.

An autopsy was conducted on Monday and police have since ruled the death a homicide.

OLIVER was reported missing over the weekend after he didn’t show up for work. Family and friends had expressed concern for his welfare. He was last seen early Friday morning July 31st at around 3 a.m. near the first nation reserve.

The OPP continue to investigate this incident and are asking the public for any information that may assist them.