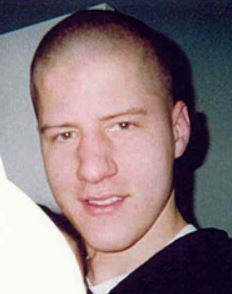 December 28 of 2020 marks the 19th anniversary of the murder of then 22 year old Robert RAYMOND.  He was fatally stabbed at about 2:25 a.m. on December 28, 2001 when a fight broke out in the parking area behind the Border Club which was at that time located at 494 N. Christina Street in Sarnia.

Robert RAYMOND was among a very large crowd of people who were just leaving the Border Club and the rear parking lot was crowded with patrons from the bar.  He had just grabbed a bite to eat from a vendor in the parking lot and was going to get into a waiting car when he spotted the ongoing disturbance nearby and approached the fight scene.  Minutes later, Robert RAYMOND was stabbed by an unknown assailant and he died almost instantly.

The Sarnia Police launched an intensive and far reaching investigation.  Several hundred statements were taken from patrons of the bar that night.  Many of them were 19 & 20 year olds who had returned home from school for the holiday break.

Police recovered the knife believed to be the weapon used in this homicide and they are still hopeful that there are witnesses who know more about the incident.  It is widely believed that somebody actually knows who is responsible.  Secrets like this are hard to keep.