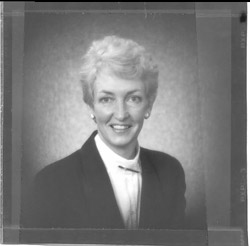 In August, 1988, Morag Davies was a divorced forty five year old real estate agent who lived by herself in a Retlaw Drive residence in Sarnia, Ontario. She had only lived at this address for about three or four weeks as of August 23, 1988.

Ms. Davies was regarded by all who knew her as a friendly, professional lady. She had been working in real estate for about three years, after changing from a lengthy career in nursing.

Ms. Davies was born and raised in Scotland. She immigrated to Canada in the 1970’s.

Ms. Davies was visited at her residence by a co-worker the evening of Tuesday, August 23, 1988. The co-worker left Ms. Davies’ residence at about 10:30 p.m. to 11:00 p.m. that evening. This is the last we know that Ms. Davies was seen alive by anybody except her assailant.

At about noon hour on August 25, 1988 the co-worker along with another realtor attended Ms. Davies’ residence. After getting no answer at the door they entered the residence and found Ms. Davies dead in her bedroom. She had been brutally stabbed several times. Her killer has never been identified.

Through the years since this murder Sarnia Police have pursued numerous leads. Unfortunately, none of these leads have yielded evidence against the killer.

There are some indicators that have led investigators to believe Ms. Davies knew her assailant. However, it could be that this is not the case, and the investigation has not been restricted to people known by Ms. Davies.

This file is still open and is being actively worked on. The contact person for this case is the Criminal Investigations Division, phone (519) 344-8861, ext. 5600 OR Detective Staff Sargent Dwayne Whelpley at ext. 6151

Any assistance or information from the public would be most appreciated.

You may have the one piece of information that could tie this investigation together!