Today’s the DAY! Jail and Bail!

Check social media at 9am today! We’re going LIVE for our Jail and Bail!

Here are our last three jailbirds! 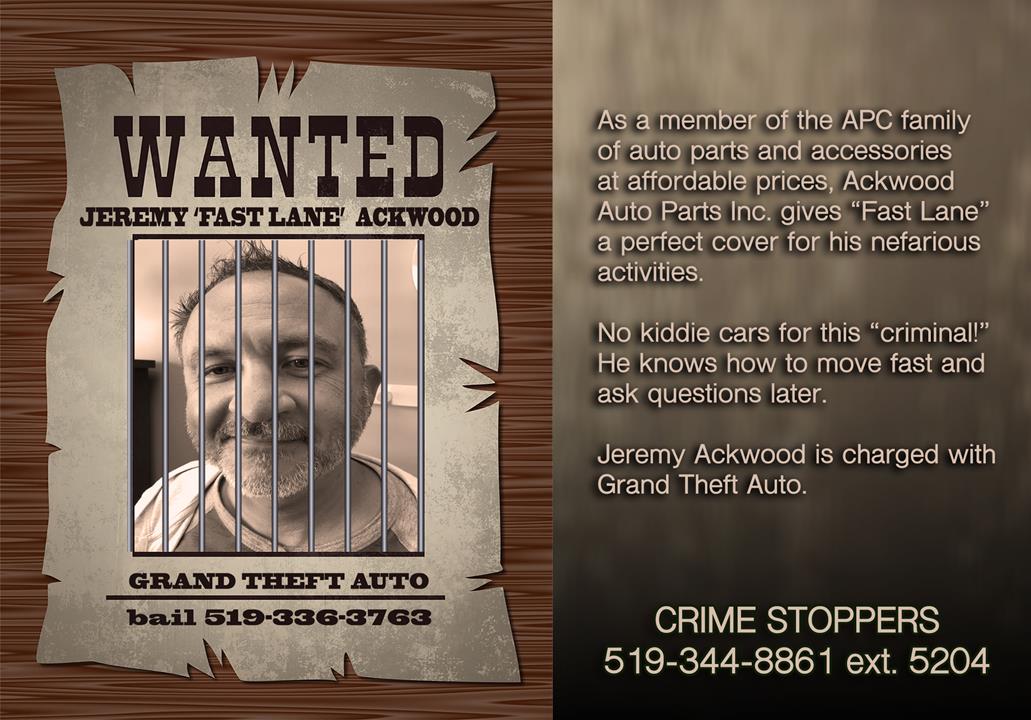 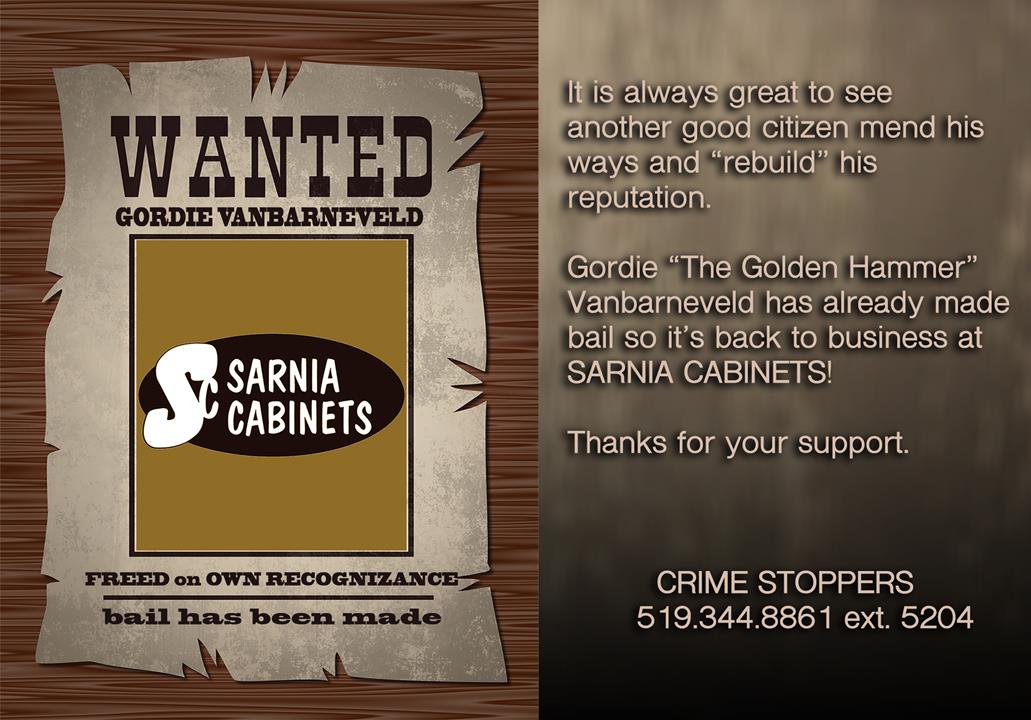 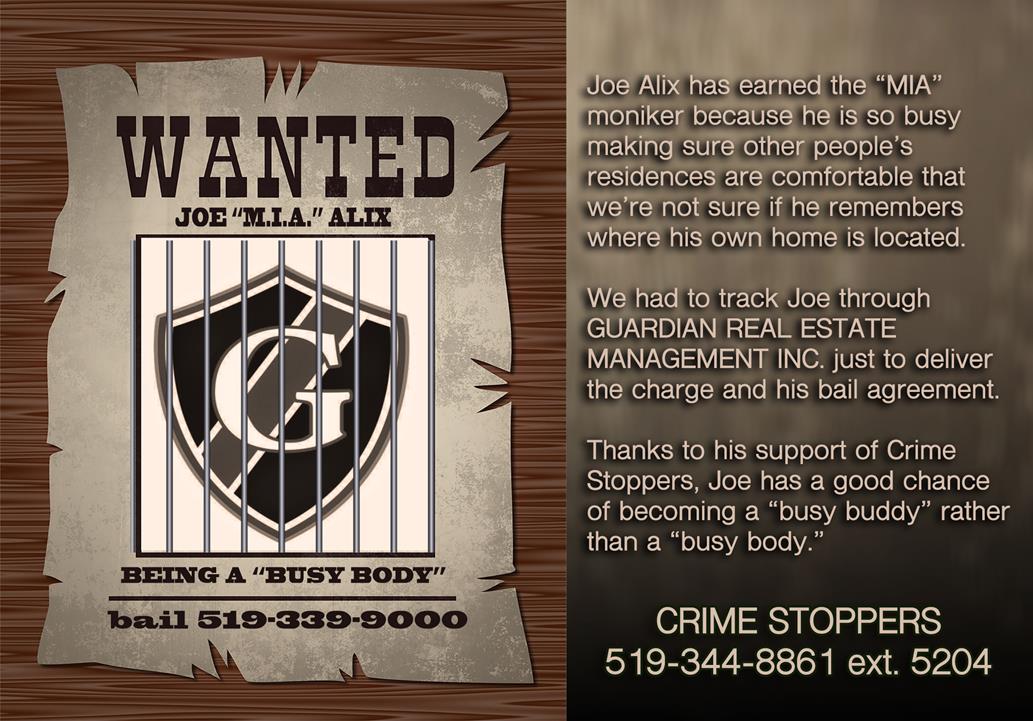 Virtual Jail and Bail TOMORROW AT 9AM 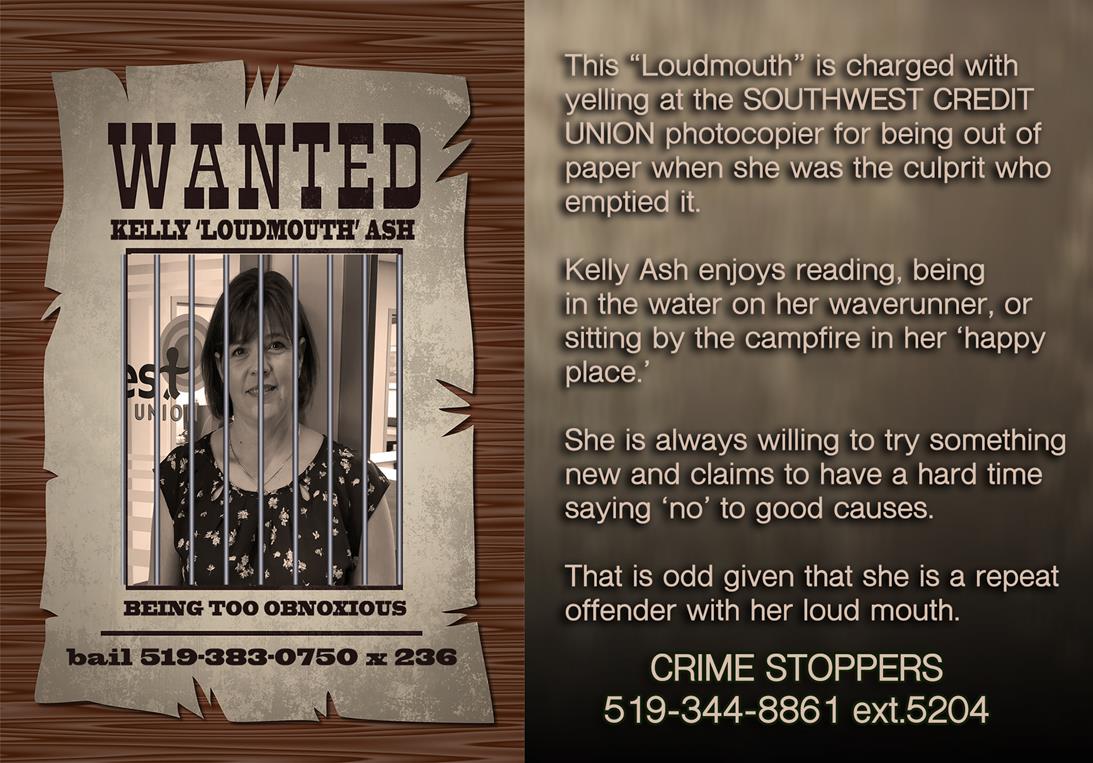 Doug, better find your records! You’re going before the judge! 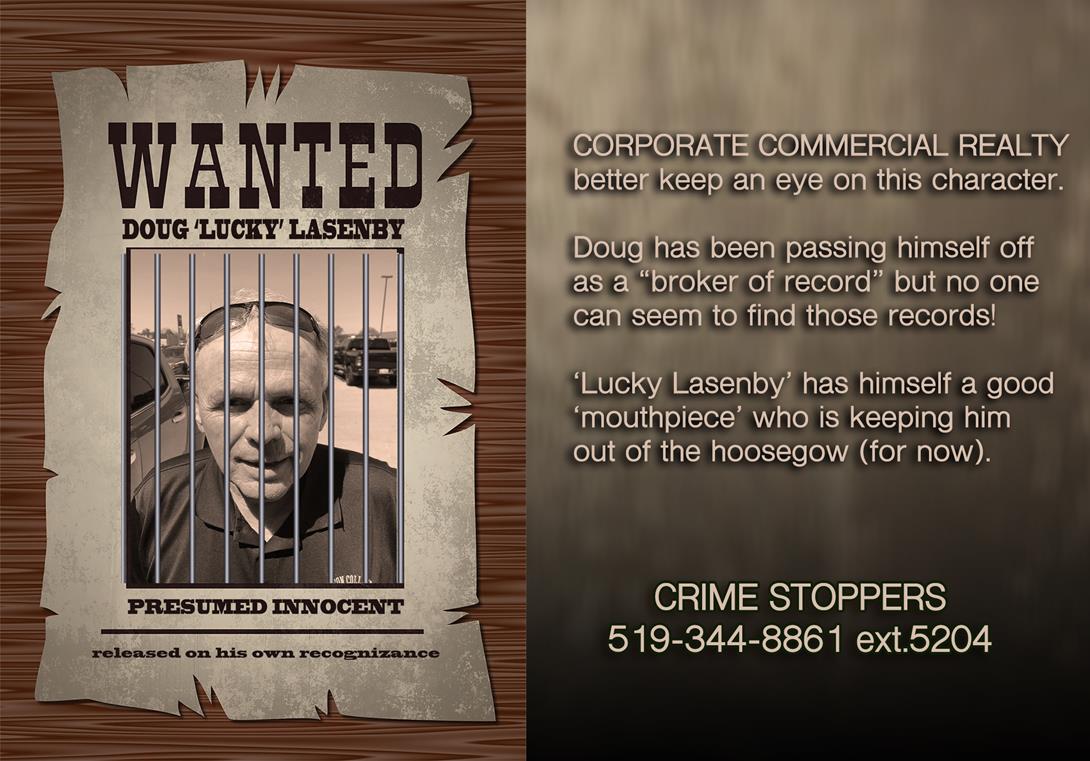 Coach… get your game together! 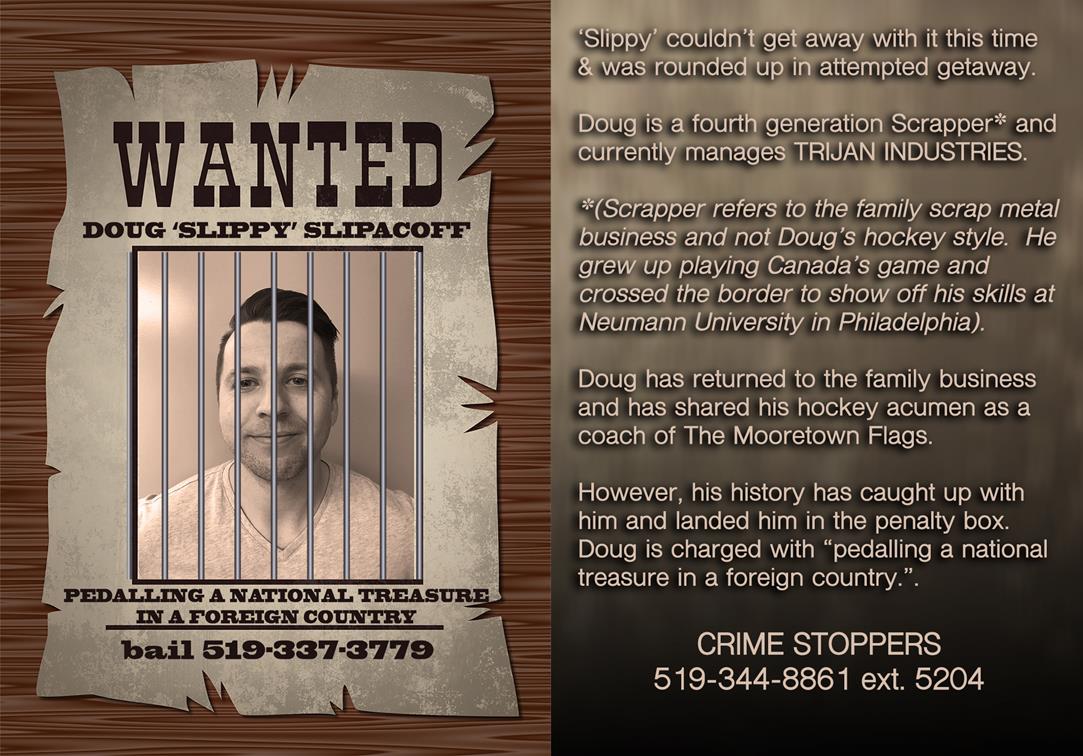 We’ve picked up some more Jailbirds!

Bucky Bain… I bet it was still a BEAUTIFUL HOUSE! 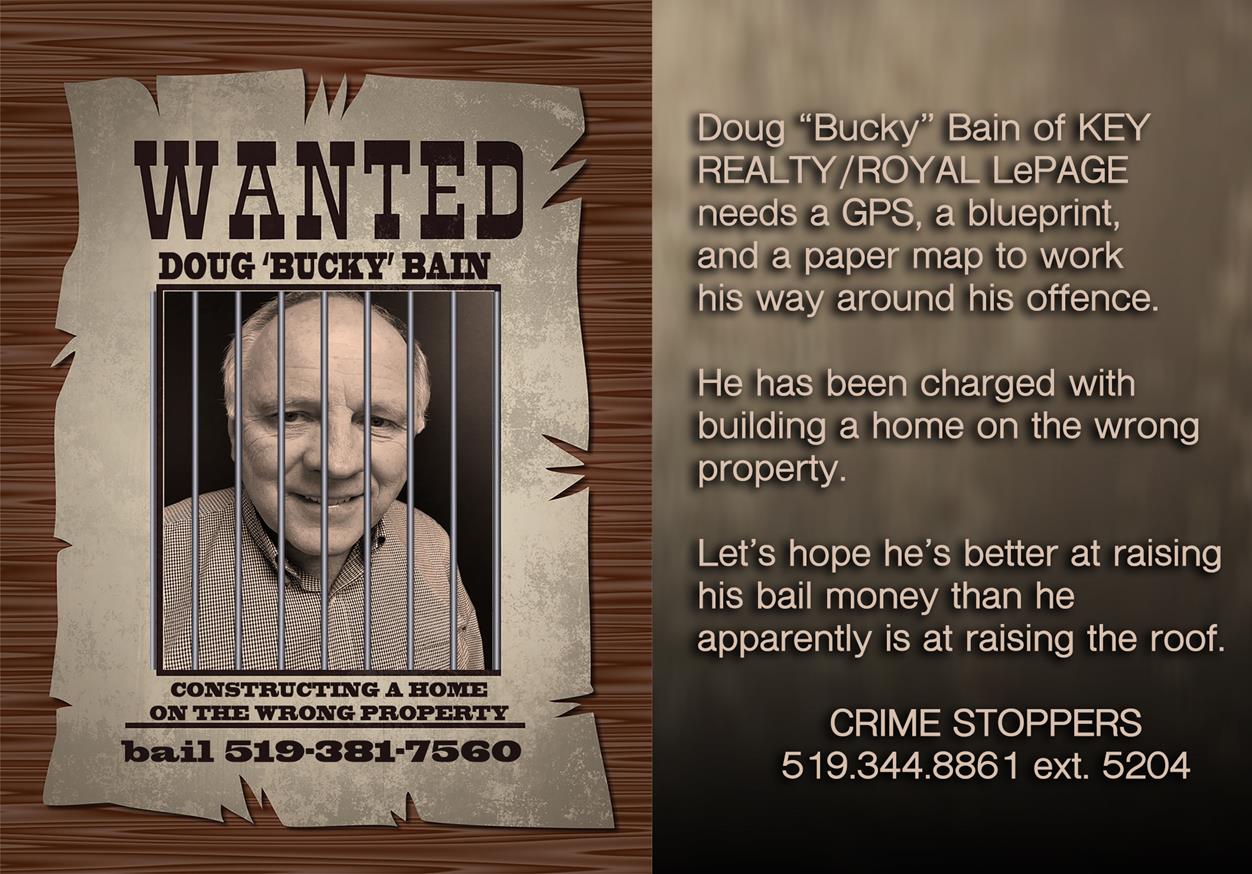 Selling below market values Sylvie? Tsk tsk! {When can I set up an appointment?} 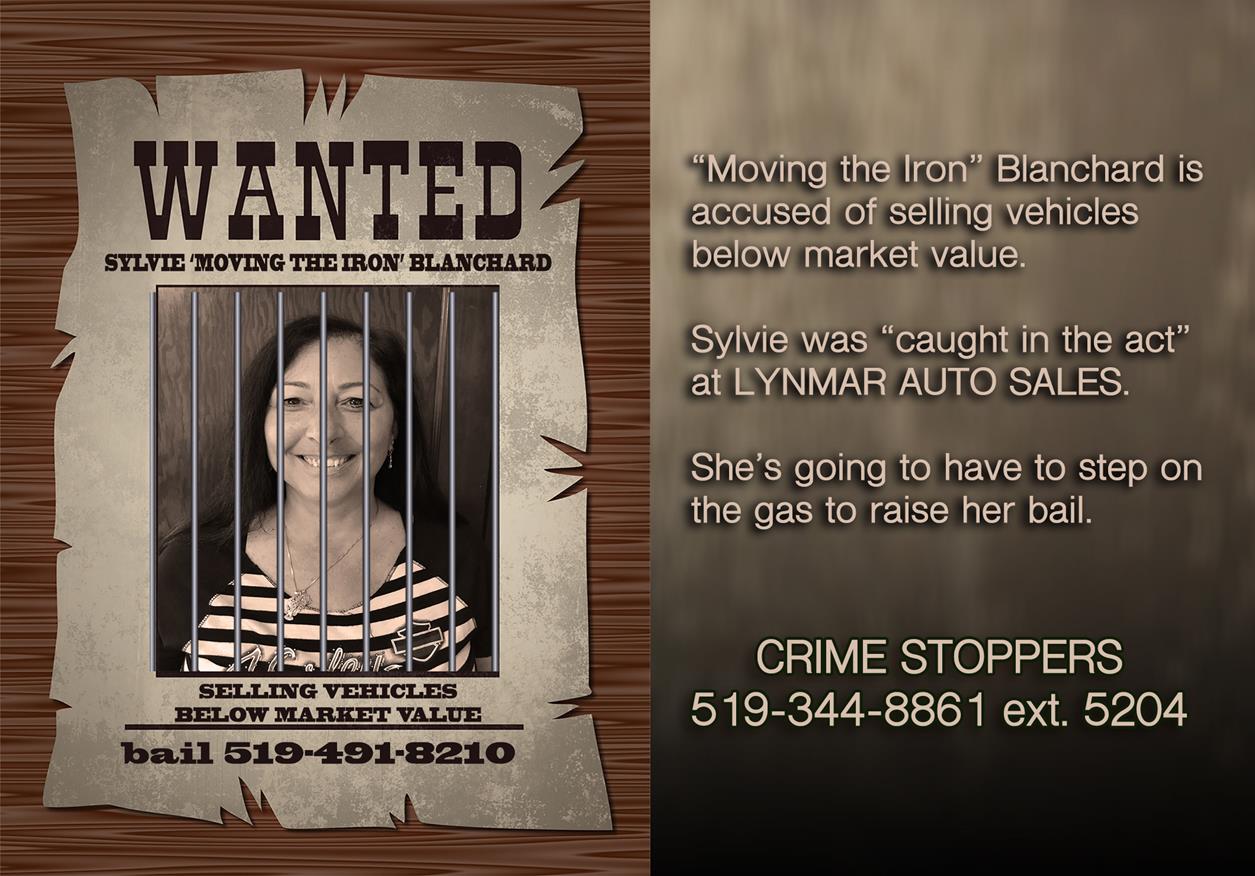 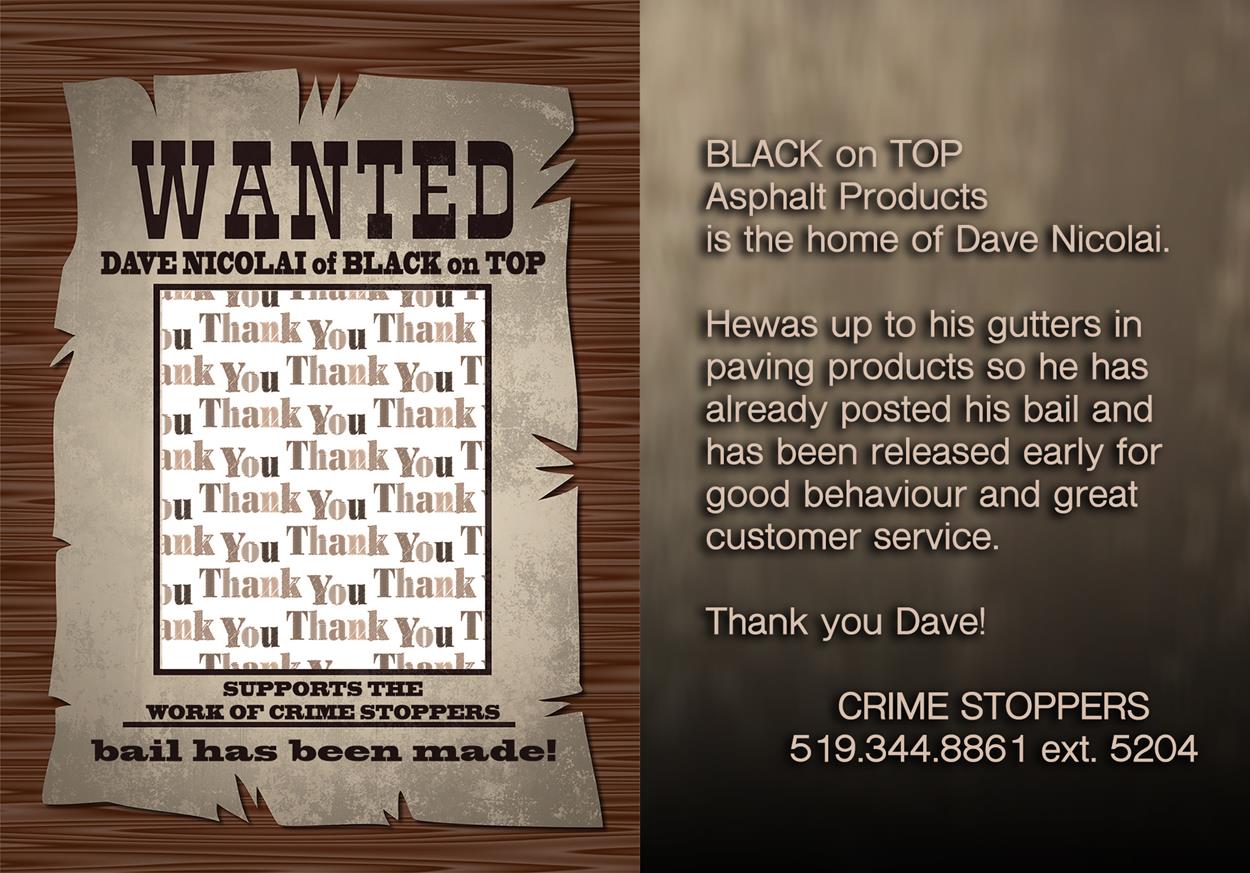 One…two…three… alllll the vitamins! Thank you Subhash for taking part in our jail and bail! 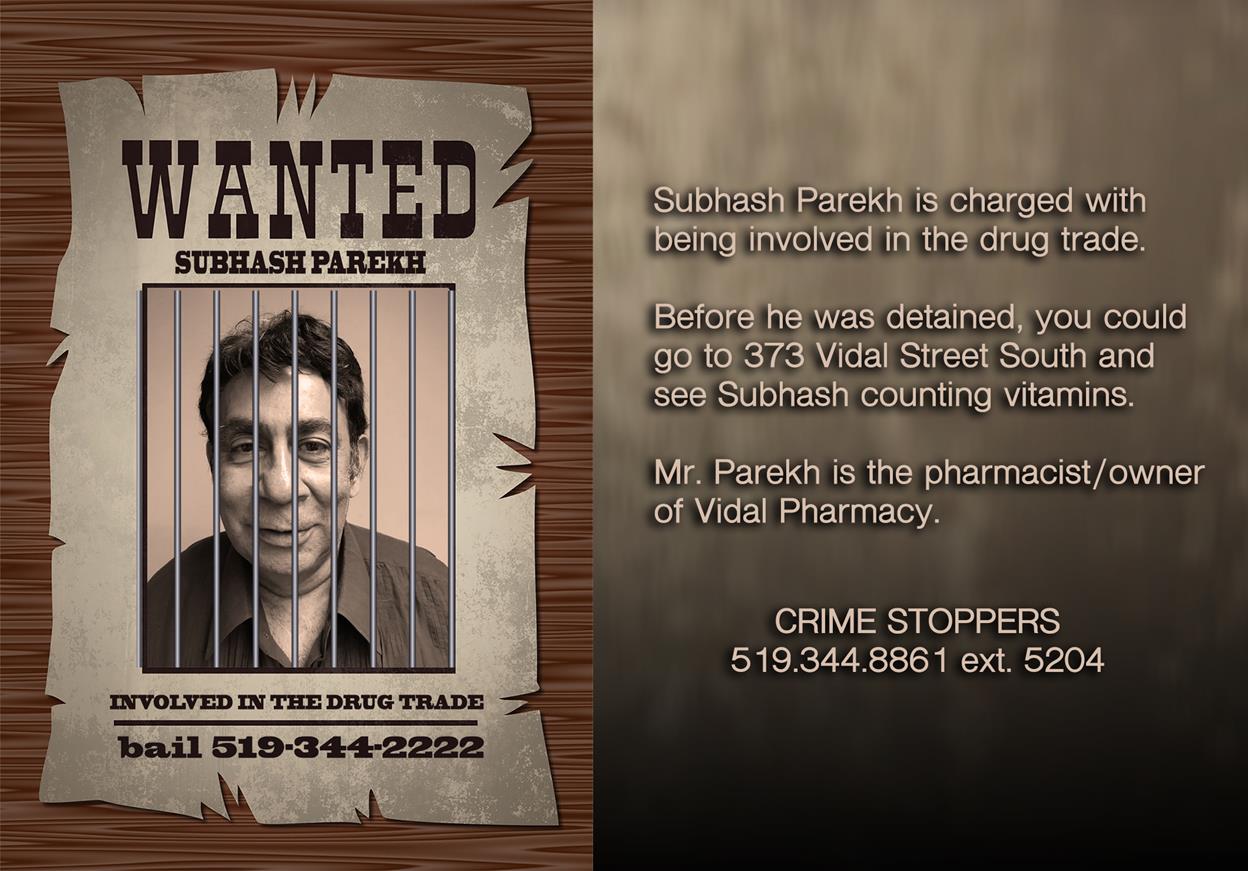 We would like to thank all of our Jailbirds so far for taking part this year! Your support helps our community stay safe!

Well Truesdale, fishing without a license is a serious offence… we suggest you look into it. 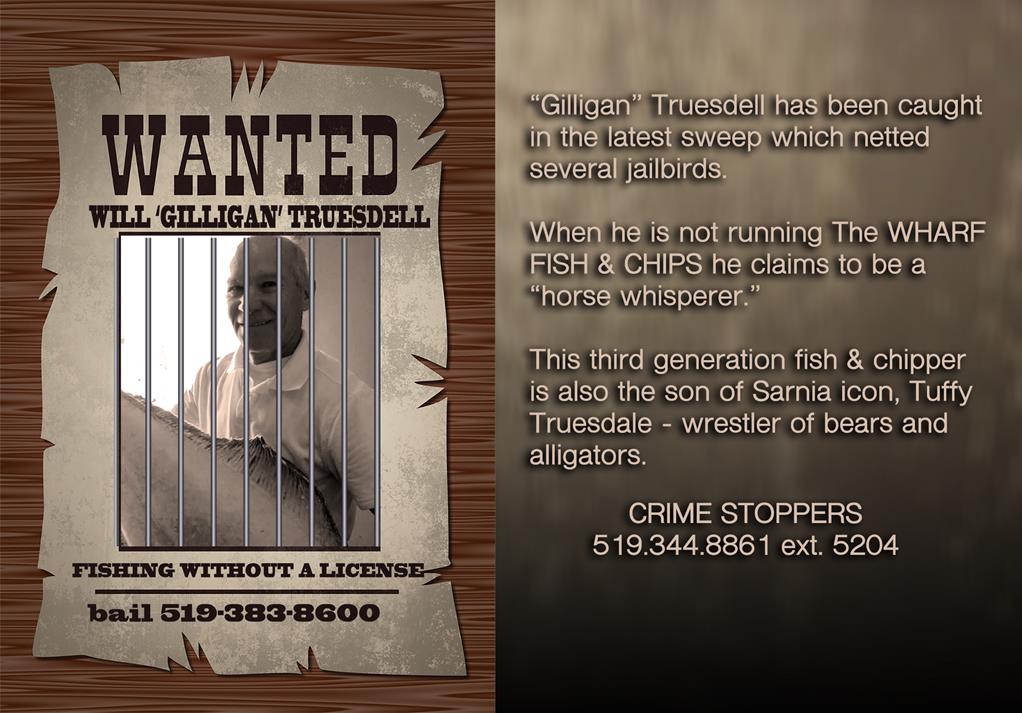 One must always be careful of what they say… 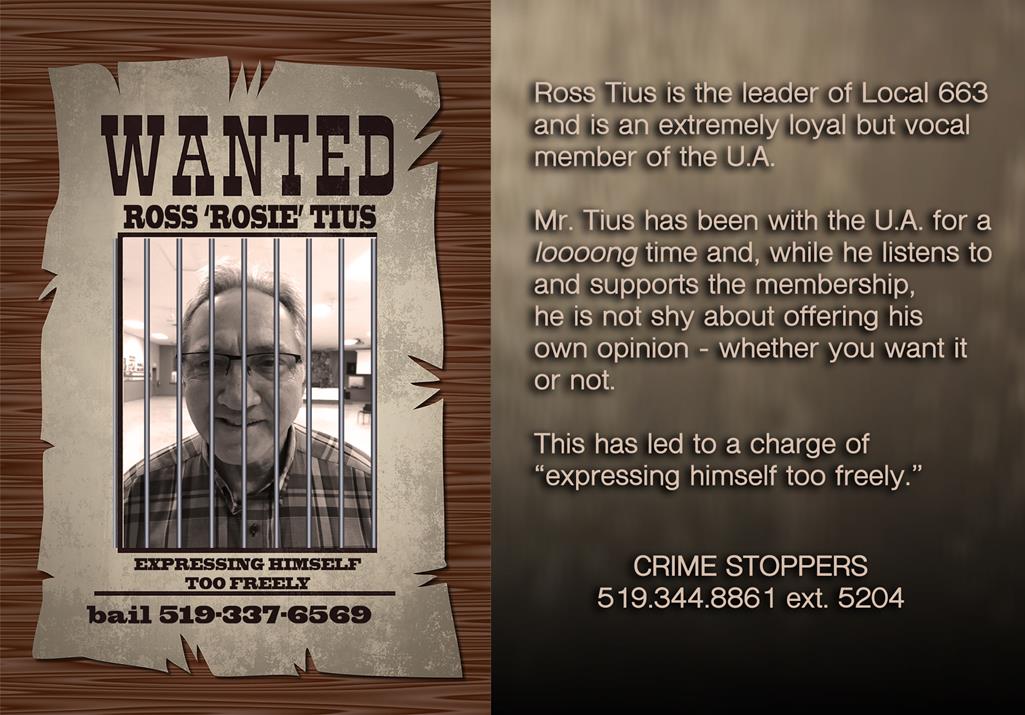 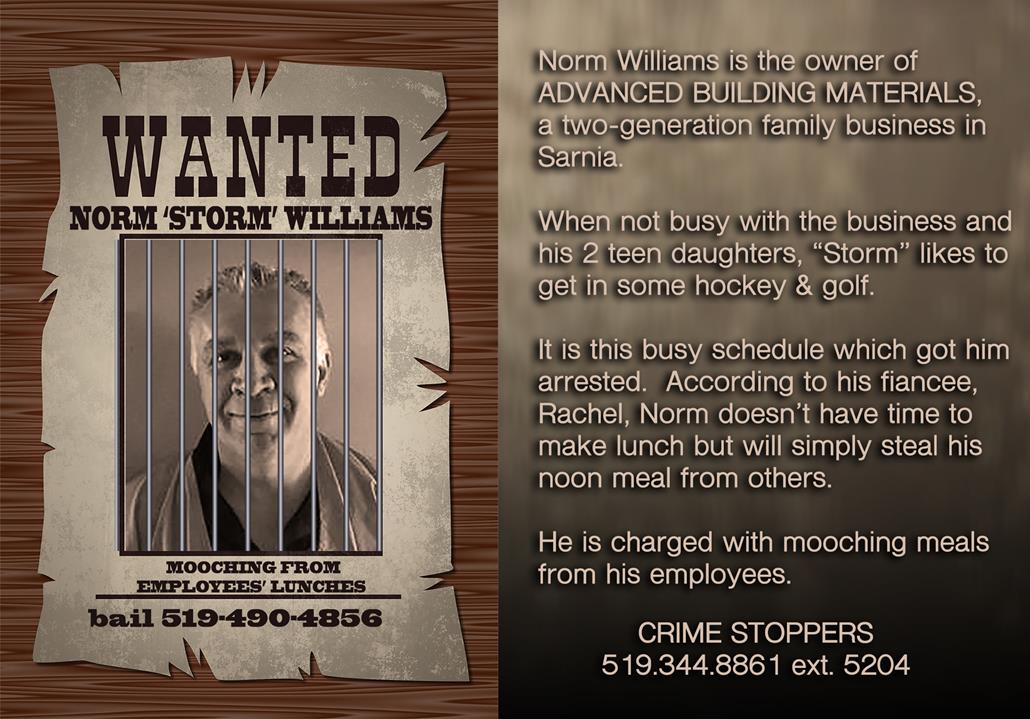 Sorry Mr. Christie…. You’re a wanted man! Wanted for all the amazing business deals you do! 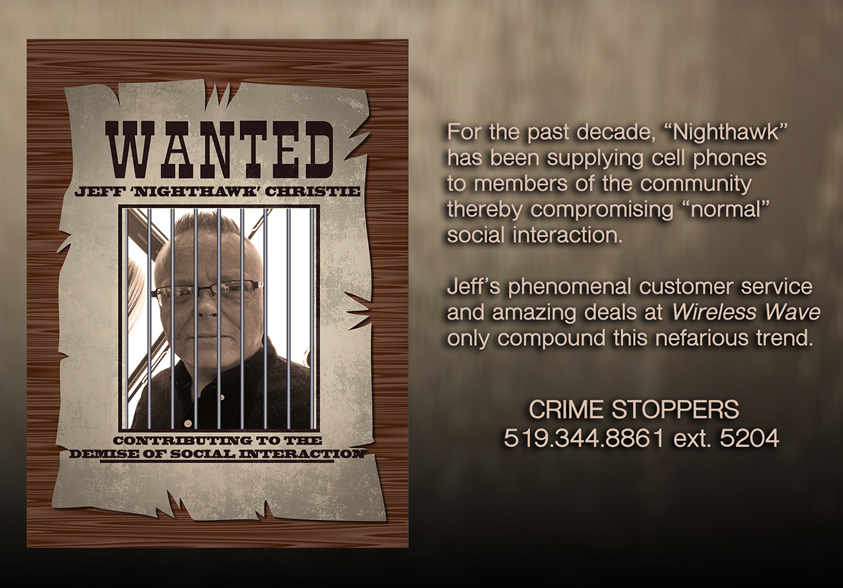 Chris Hart…. Tsk tsk…. Acting like a cop again! Didn’t we already pick you up for this!? 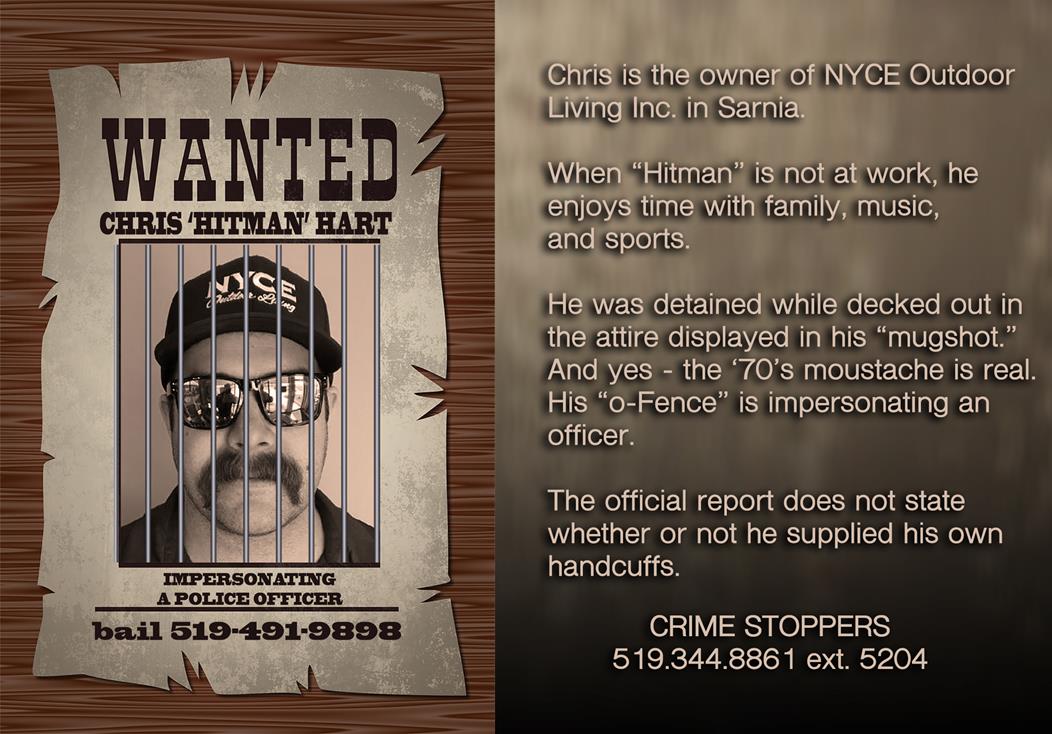 The biggest badest coffee breath around….. Barnzie…. You gotta do something about that! 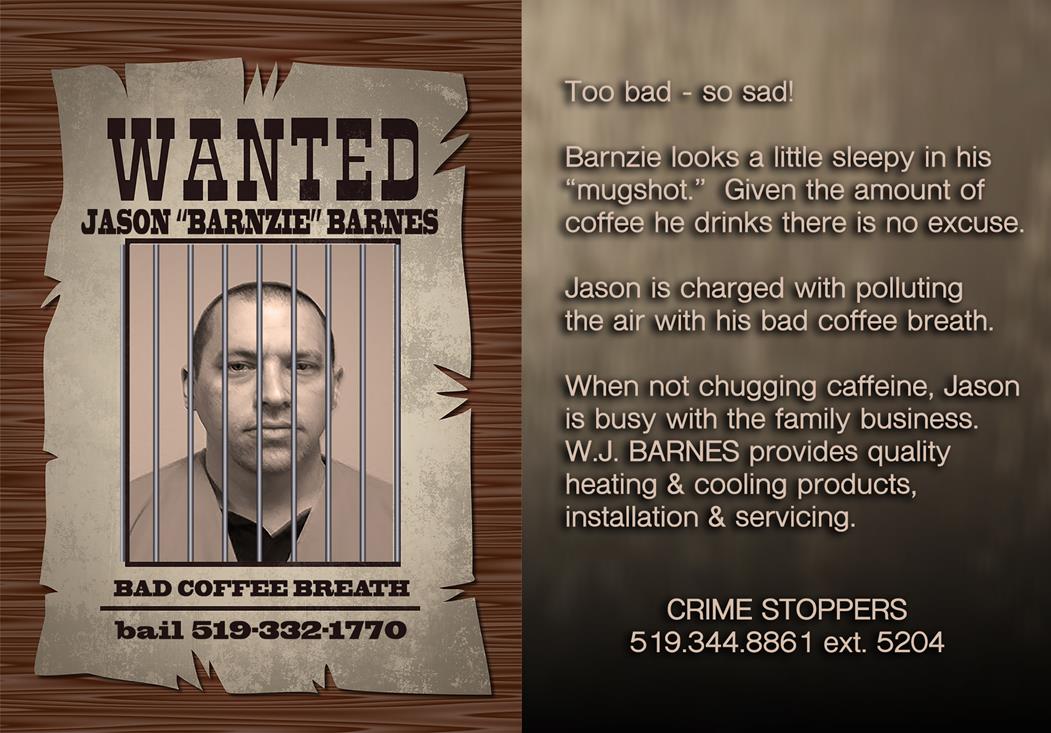 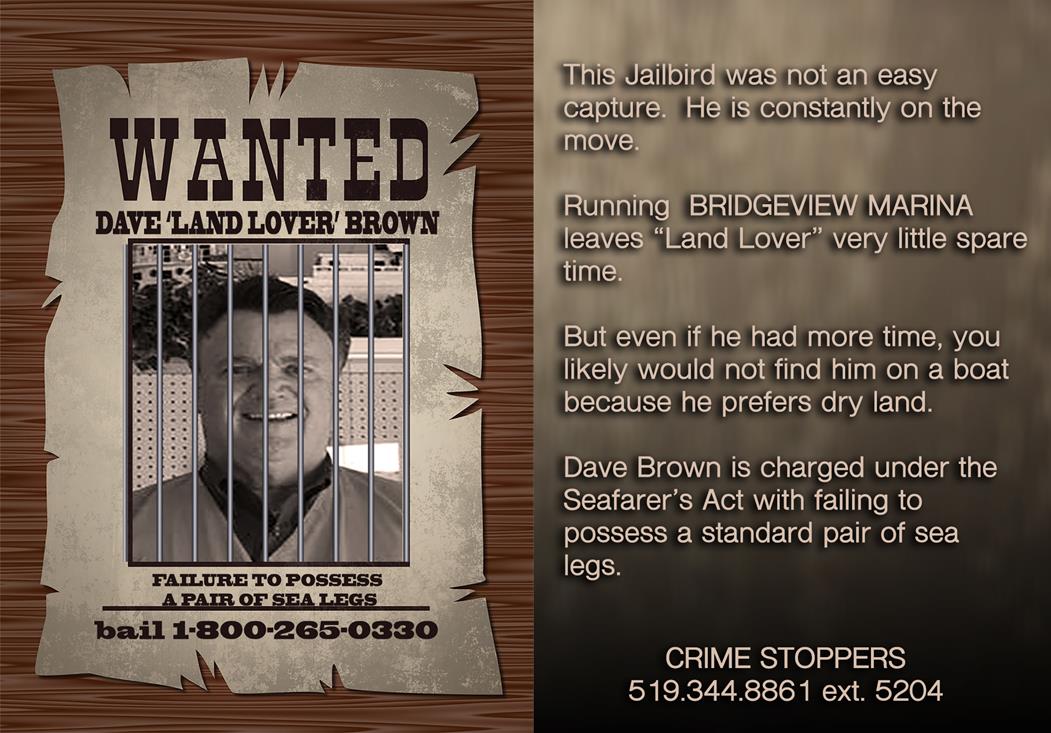 Those fast fingers are going to be cuffed soon! 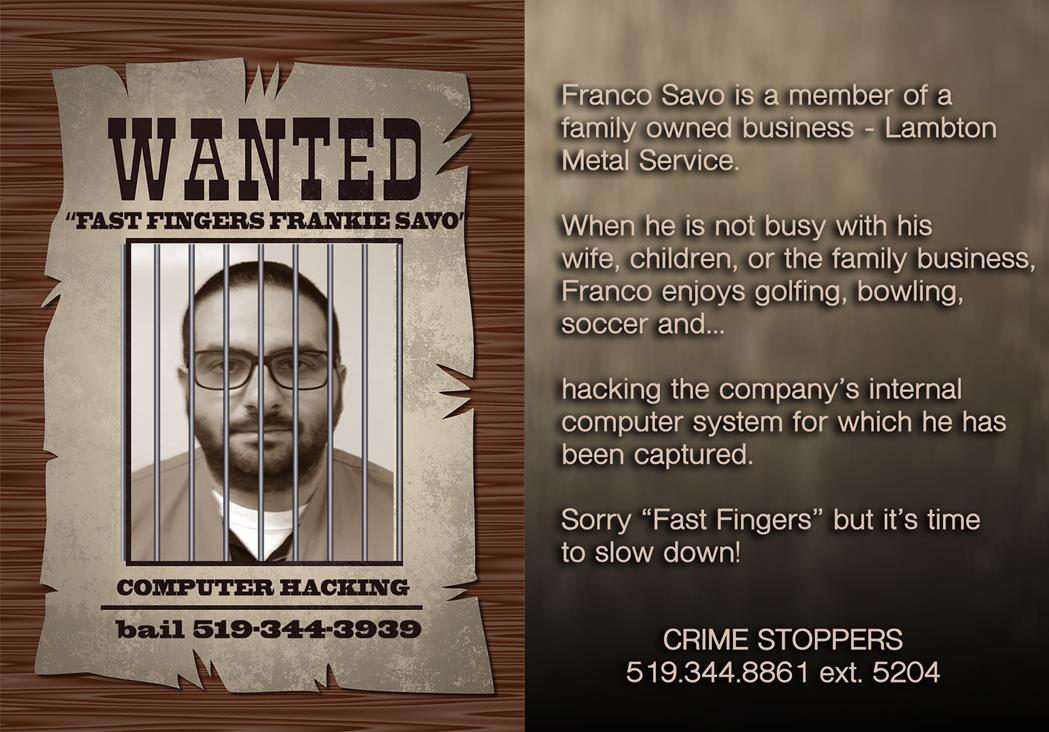 Our 2018 Virtual Jail and Bail is only 7 days away! We have a couple more jailbirds for your viewing convenience today! 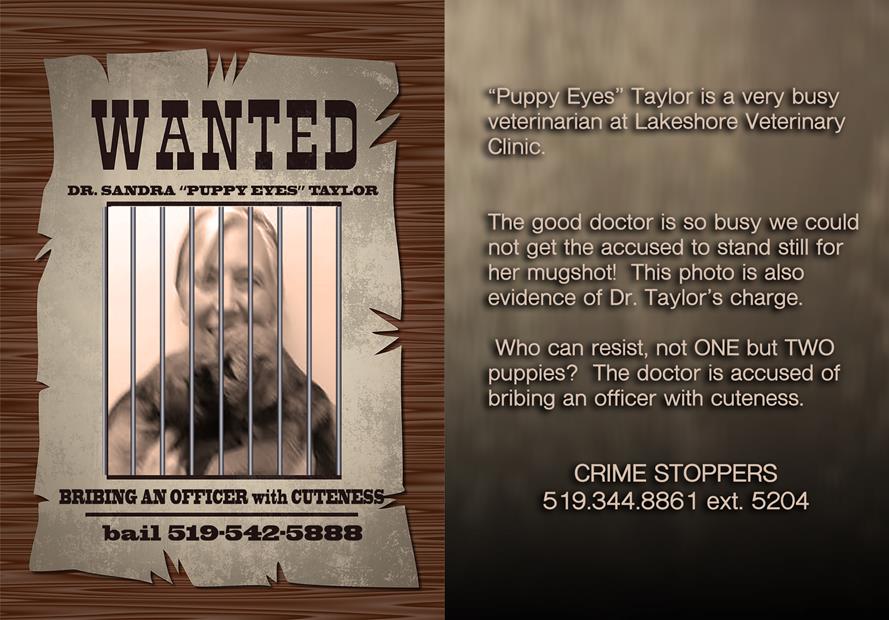 Will “Grapes” Willemsen is charged with a “bunch” of charges! 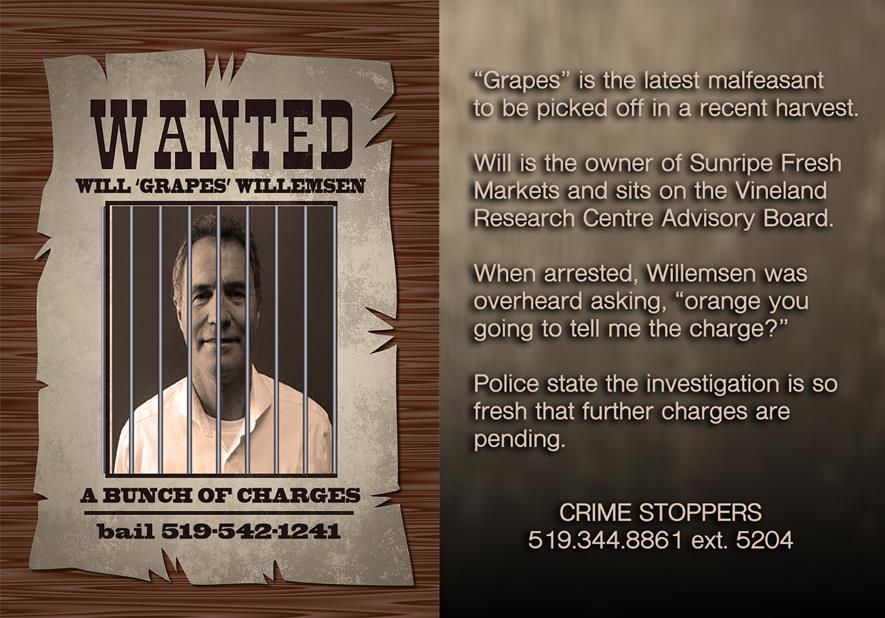 Hello everyone! It’s time for our 2018 Virtual Jail and Bail, and today we have our first 4 Jailbirds listed below! The event this year will take place on May 30th at the Sarnia Police Station, and will be broadcast through Facebook Live!

If you would like to donate towards your choice of Jailbird to either “Keep them IN” or “Get them OUT” of jail you can do so by contacting your Jailbird directly OR new this year you can do it ONLINE on our website! Please visit https://www.sarnialambtoncrimestoppers.org/donations/ and make sure you add in the Notes area which Jailbird you are supporting.

Thank you Sarnia Lambton! Without your help and donations, we cannot help to keep crime off our streets!

First up is Bob Mitchell from Arkona Appliances! 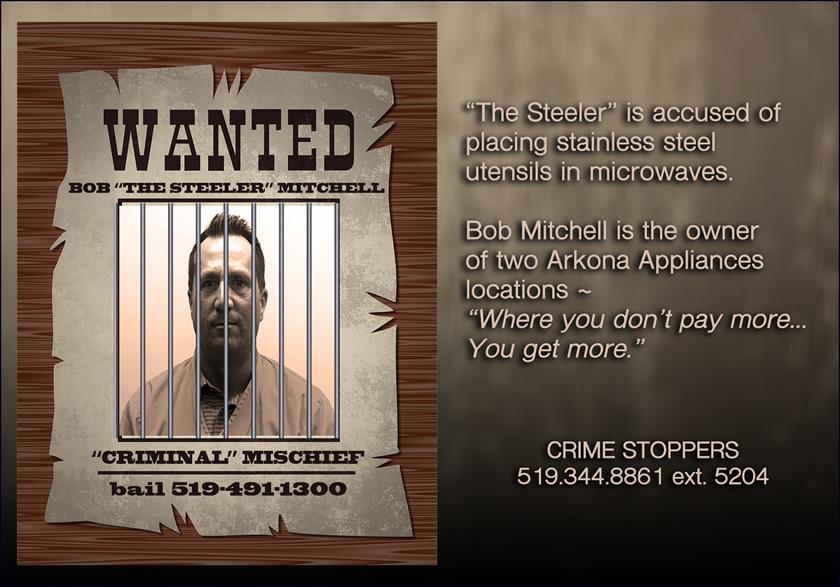 Next, we have Mike Johnson, Chair from the Sarnia Hockey Association. 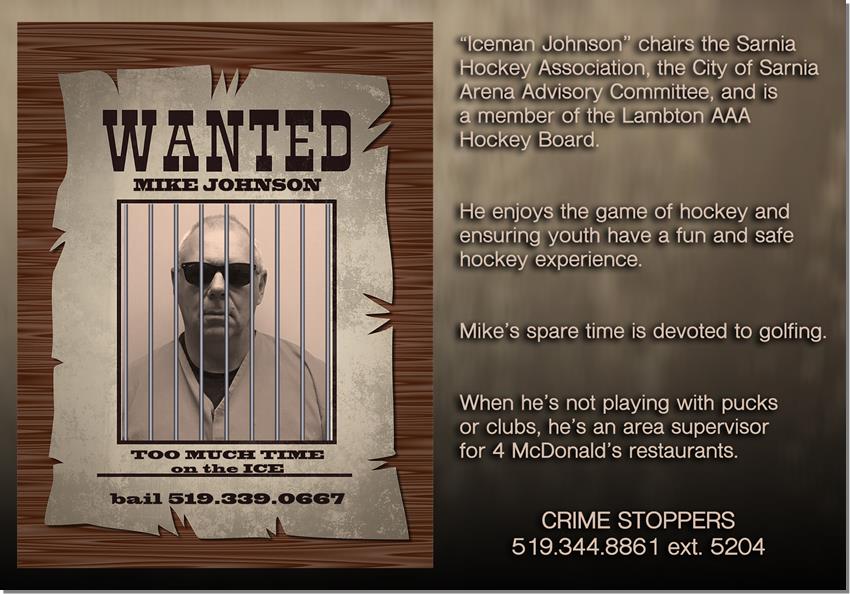 Jim Burgess, President of Branch 62 of the Royal Canadian Legion is behind bars… 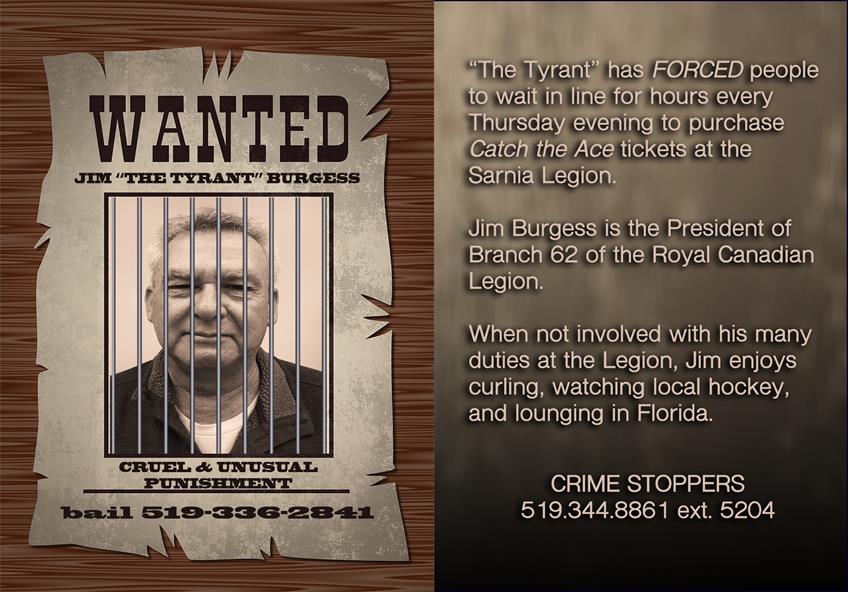 And uh oh…. Giovanni Sottosanti from the Sarnia Police Service is in hot water! 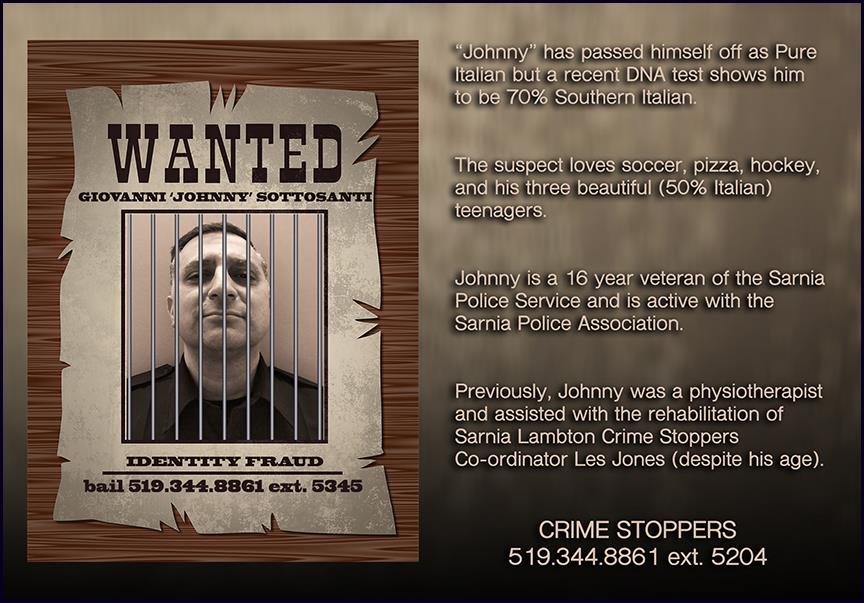 STAY TUNED FOR OUR NEXT SET OF JAILBIRDS COMING SOON!

In August, 1988, Morag Davies was a divorced forty five year old real estate agent who lived by herself in a Retlaw Drive residence in Sarnia, Ontario. She had only lived at this address for about three or four weeks as of August 23, 1988.

Ms. Davies was regarded by all who knew her as a friendly, professional lady. She had been working in real estate for about three years, after changing from a lengthy career in nursing.

Ms. Davies was born and raised in Scotland. She immigrated to Canada in the 1970’s.

Ms. Davies was visited at her residence by a co-worker the evening of Tuesday, August 23, 1988. The co-worker left Ms. Davies’ residence at about 10:30 p.m. to 11:00 p.m. that evening. This is the last we know that Ms. Davies was seen alive by anybody except her assailant.

At about noon hour on August 25, 1988 the co-worker along with another realtor attended Ms. Davies’ residence. After getting no answer at the door they entered the residence and found Ms. Davies dead in her bedroom. She had been brutally stabbed several times. Her killer has never been identified.

Through the years since this murder Sarnia Police have pursued numerous leads. Unfortunately, none of these leads have yielded evidence against the killer.

There are some indicators that have led investigators to believe Ms. Davies knew her assailant. However, it could be that this is not the case, and the investigation has not been restricted to people known by Ms. Davies.

This file is still open and is being actively worked on. The contact person for this case is Detective Constable Heather Patterson, Sarnia Police Criminal Investigations Division [phone (519) 344-8861 ext. 6105]. OR Detective Staff Sargent Dwayne Whelpley at ext. 6151

Any assistance or information from the public would be most appreciated.

You may have the one piece of information that could tie this investigation together!

Ross “Rosee” Tius is our last posted jailbird for our upcoming Jail and Bail this Thursday morning! Ross is the leader in Local 663, for many, many, many, years! Ross is charged with “Expressing himself too freely”, Ross is known to always put the members first and listen intently to them. He is always available to help them however he can, and is an extremely loyal member of the U.A.

Please keep an eye on our Facebook page on Thursday morning for live broadcasting of our Jail and Bail hearings!